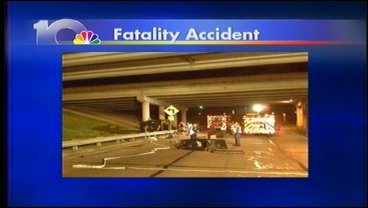 SHERMAN, TX - One man is behind bars and another man is dead following a drunk driving accident Friday morning.

Kenneth Borrell, 36, has been charged with intoxication manslaughter. Police say Borrell was drunk when he crashed his pick-up truck on Texoma Parkway around 2 a.m. Friday. The crash killed fellow passenger, 45-year-old David Alba.

Borrell initially fled the scene, but was found a short while later.

The accident shut down traffic on part of Texoma Parkway for over six hours.