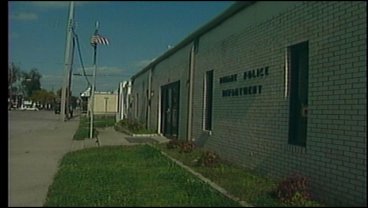 Young kids are committing crimes in Durant, OK.  But they're not doing time in juvenile hall, police are releasing them back to their parents.  The reason?  Too many youngsters are already locked up.  KTEN's Chris Severy reports.

The perfect example of what we're talking about happened Monday in Durant.  Sometime between late Sunday night and early Monday morning, eight vehicle burglaries were reported to Durant police.  By 9:30 a.m. a resident saw a Durant police car and flagged the officer down.  The resident had caught two young men, ages 16 and 17, breaking into his car.  Police took them to the station, where they admitted taking things like stereos, cameras and GPS units.  The teens were released to their guardians.  Then yesterday afternoon, someone broke into two more cars and a house.  One of those same juveniles was found again.  Police called juvenile services, but there's no room anywhere to take this young man, so he was once again released to his guardian.  Durant police Lieutenant Carrie Wyrick said, "it's aggravating, but we'll keep after 'em.  We'll pick 'em up again and keep hammerin' it and eventually we'll get 'em sent off."  Since police released this teen a second time, there have been no more reports of vehicle or house burglaries.   Police were also able to recover everything that was stolen in the past 24-hours.