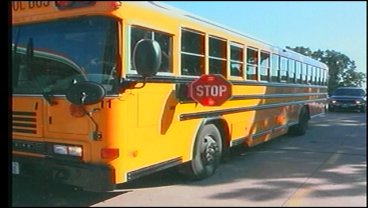 Putting advertisements on buses is not a new idea.  Most public buses have them.  So do cabs, trams and trains.  But the idea of putting ads on school buses is not as simple as it might seem.  School buses are everywhere.  And in a day and age when school districts are strapped for cash, the idea of an extra revenue source is intriguing according to Tom Bean ISD Superintendent Kathy Garrison.  "We're always looking for additional revenue sources.  It's hard to make budget every year," Garrison said.  So, some north Texas school districts, mainly in the DFW metroplex, are at least considering selling ad space on school busses.  But some local educators have concerns.  Garrison said, "In my opinion, school busses are there for a reason and that's part of our reason for being educators is to provide for the safety of our school children."  Denison ISD Superintendent Dr. Henry Scott also weighed in on the issue saying, "My personal bias would be it would be a bad idea."  Both of them believe school busses are designed the way the are for very specific reasons.  And changing that design in any way could jeopardize the safety of students.  Dr. Scott said, "I really think yellow school busses stand for something in the community.  And to see them coming down the road with signs for Burger King or Jack-in-the-Box would run against that concept."  "If I'm not adhering to that because I'm reading an advertisement on the back of a school bus, trying to get a number or read what it says, I'm putting my life as a motorist in danger, plus the lives of those children in danger," according to Garrison.  Both superintendents wanted to be perfectly clear, that they will never completely rule out any additional revenue source.  And any decision about selling ad space on school busses is not theirs to make alone.  It would have to be made by the school board.  That's not something actively being pursued.