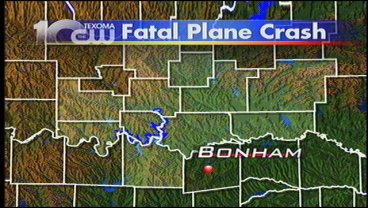 Authorities say a man and a woman were killed Saturday morning when a small private plane crashed into a field. It happened off of highway 78 just north of Bonham. The Bonham Fire Department says when they arrived around eight o'clock the plane was fully engulfed in flames. They say the man and woman were pronounced dead at the scene. Their names have not been released.

We will bring on more on this story as the information becomes available.