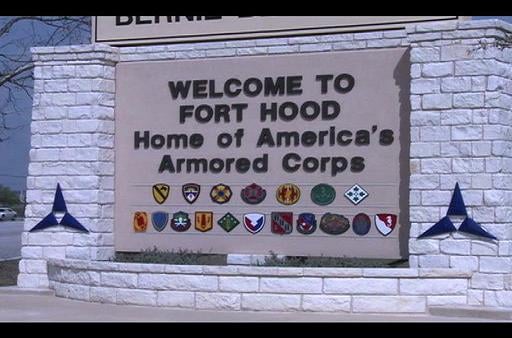 WASHINGTON (AP) - A law enforcement official says a shooting suspect at Fort Hood has been identified as Army Maj. Malik Nadal Hasan.  The official said Hasan, believed to be in his late 30s, was killed after opening fire at the base. The official spoke on condition of anonymity because he was not authorized to discuss the case publicly.

The official says investigators are trying to determine if Hasan was his birth name, or if he changed his name and converted to the Islamic faith at some point in his life.

The U.S. Army says 12 people have been killed and 31 wounded in a shooting rampage on the Fort Hood Army base in Texas.

Lt. Gen Bob Cone said at a news conference that one shooter has been killed and two suspects were apprehended on Thursday. He says they are all U.S. soldiers.

The shooting began around 1:30 p.m. Cone says that all the casualties took place at the base's Soldier Readiness Center where soldiers who are about to be deployed or who are returning undergo medical screening.

He says the primary shooter used two handguns in the attack.