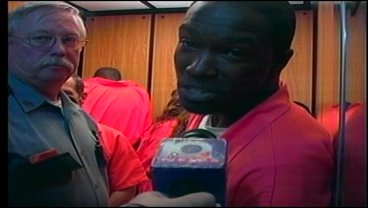 ARDMORE, OK -- Antonio Ray was found not guilty in a recent dog dragging case. The incident was reported to have occurred back in March of 2009 off of Refinery road in Ardmore. Ray plead not guilty to the crime.

During the trial, defense attorney's brought in veterinarians to determine if the cause of death of the dog was a deliberate act or an act of carelessness.

KTEN News was informed that the case was handed over to the jury at 11:30A. After deliberation they were returned as a "hung jury". The judge sent the jury back for additional deliberation. At 3:00 P.M. they returned with a verdict of "Not Guilty"