Trial begins for man accused of dragging death of a dog 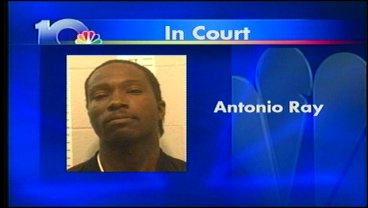 ARDMORE, OK -- The jury selection and trial for Antonio Ray, the man accused of dragging a dog to death, began on Wednesday.

The incident occurred back in March off of Refinery road in Ardmore. Ray is pleading not guilty to the crime.

During the crime, defense attorney's brought in veterinarians to determine if the cause of death of the dog was a deliberate act or an act of carelessness.

KTEN asked Ray back in March why he did it.

"Well, you know until you know my side of the story... can't just jump to conclusions," was Ray's response. Ray continued to say he wasn't guilty of what people were saying.

One man witnessed the entire event and also spoke to KTEN last spring.

"He was dragging the dog. His arms were behind, his chest was on the ground, there was streaks of blood. And we went back and measured it, it was four tenths of a mile that he dragged this dog. The pads of it's feet were gone and he was laying in a pile of blood," said the witness.

Meanwhile, the district Attorney's office in Carter county received hundred's of letter's from animal rights activists and individual's from all over the nation regarding this incident.