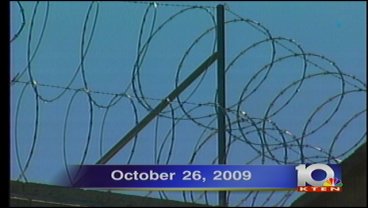 TEXAS -- Texas prison officials say thousands of high-risk convicts may be vaccinated against the swine flu ahead of the general public as soon as next week.

Texas Department of Criminal Justice spokeswoman Michelle Lyons and state health officials say more than 45,000 convicts are being considered for the vaccine. They've been targeted by a U.S. Centers for Disease Control and Prevention distribution policy to receive the vaccine.

Officials plan to inoculate more than 40,000 correctional officers and medical personnel who work with those prisoners and are also considered to be at high-risk for developing the flu.
Lyons says officials have been told that they'll start receiving doses by around the first of November in lots of 25,000.