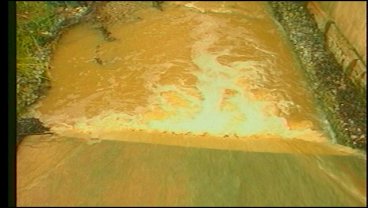 Neighbors there blame it on construction upstream and they say the city is ignoring the problem. But city officials say it's an issue with no simple solution.

Every time it rains, Ernestine Harrell worries that high flood waters from the creek behind her house could force her from her home.

"My home is not in the flood plane. My lower yard is but it shouldn't flood every time there's a small rain," says Harrell.

Harrell's home is a block off of Lamberth Street, backing up to a creek that feeds into Sherman's Post Oak Creek. She does acknowledge that part of her property is designated as flood plane area but she doesn't agree with the approach the city has taken.

"Building upstream needs to stop until this issue is addressed," says Harrell.

Harrell claims that the construction and new developments upstream just south of Highway 82 are at the root of the flooding problems. She says cement and concrete used in developing that area prevent groundwater from absorbing into the soil and draining naturally causing more water to come downstream towards her home and through a nearby culvert that she says is much too small.

"Back before all the new construction that was going in, it was probably adequate but it's no longer adequate," says Harrell.

Back in May of this year, she and more than 20 homeowners who live on and near Post Oak Creek, went to the city council in Sherman to ask for help.

"This needs to be opened from a culvert to a bridge so water can drain and not build up," says Harrell.

But city officials say, it's not that simple.

"We've gone out and looked at the culvert and she claims it's too small--but we have to look at the big picture, for every action there's a reaction farther downstream," says Sherman City Manager George Olson.

He says many of the homes like Harrell's were built 40 or 50 years ago on a flood plane--an area of the city suseptible to heavy flooding.

"That was a decision that was made and now we're living with it and the city is going to try to find a way to minimize floodwater run-off as best we can," says Olson.

Olson says it could be up to a year before a city-wide plan could be implemented and for now Harrell will just have to keep a close eye every time it rains.

Olson also says there are policies in place for retention ponds that most new developments are required to build to control floodwater run-off but he also says that as part of the city-wide study that they're planning, they'll re-examine and possibly revise some of those policies.