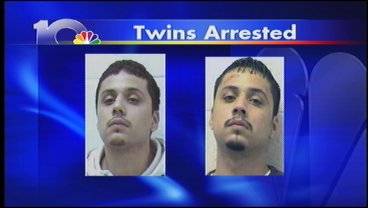 DURANT, OK -- One man is behind bars after a high-speed pursuit in Durant over the weekend.

Victor Perez faces charges for attempting to elude a police officer, operating a vehicle under the influence and other traffic violations. It happened just after 6:30 Saturday night. Perez reportedly took off on South 9th street, after an officer tried to pull him over, speeding up to 100 miles an hour. During the pursuit, Pereze forced several vehicles off the roadway.

Eventually, authorities set up spike strips, which Perez hit before he got out of the vehicle and took off on foot. Shortly after, he was placed in custody.

Once officials cuffed Perez, his brother, Hector came out to the scene to ask if his brother was okay. The officer on scene says he knew Hector Perez had outstanding warrants, so he confirmed the information and took him into custody as well.