Auto and home thefts in Ardmore has local police sending out a community watch - KTEN.com - Texoma news, weather and sports 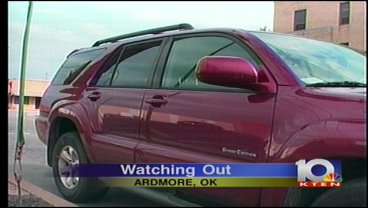 They say typically with the upcoming holiday season through November and December they often see a spike.

No arrests have been made as of yet, but police recommend a few precautions to minimize your risk of becoming a target.

"Lock your doors. Make sure the windows are up on the vehicles. Your house, if you have an alarm be sure to use it. If you don't have an alarm have possible neighborhood watches where your neighbors keep an eye on your house during the day while you're at work," said John Randolph of the Ardmore Police Deptartment.

In regards to these local buglaries, they say if the public has any information on these auto and home thefts to contact police immediately.