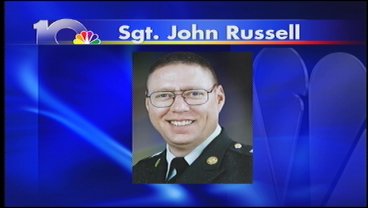 SHERMAN, TX - A report just released by the military shows startling details about the days leading up to the deadliest case of US soldier-on-soldier violence in Iraq. It also provides new insight into what may have been going thought he mind of the soldier accused of the deadly shooting.

Sgt. John Russell from Sherman is accused of gunning down five fellow troops outside a mental health facility in Iraq this past May. His family still lives in the Sherman area.

In the 300 page report released on Friday, the military concluded that procedures designed to prevent such a tragedy were adequate but that security at health clinics could be improved.

The report reveals that in the days before the shooting Russell was battling with suicidal thoughts and sought treatment, but at critical times, he did not appear to get the help he needed. Friends described his behavior as "deteriorating" but may not have taken his suicidal threats seriously. It also says his unit believed Russell was having problems, but did nothing to effectively monitor him.

KTEN spoke with Russell's family just days after the shooting. They told us they felt the military didn't adequately care for Russell.

We contacted the Russell family for contact this evening, but they declined.