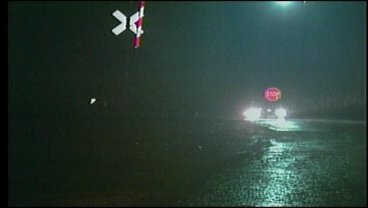 WHITESBORO, TX -- Heavy rains Wednesday night caused roads to flood and prompted one water rescue in Whitesboro. It happened around 8 o'clock, after strong rains fell in the area.

One woman was reportedly coming home from church. She was at the intersection of Business 377 and Parker Lane when she approached high water. The 60 year old quickly became stuck.

Emergency crews responded and were able to get her out un-harmed. She also expressed concern for her old Bible. Rescue crews were able to save the Bible as well.

A number of roads were also closed in the western part of Grayson County. Officials urge you to turn around and if you approach water over the roadways.