A Cartwright Girl is Found Dead at her Aunt's House - KTEN.com - Texoma news, weather and sports

A Cartwright Girl is Found Murdered at her Aunt's House 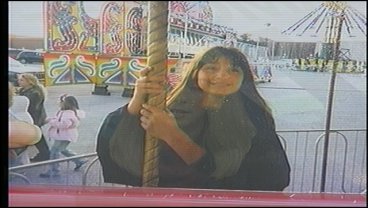 CARTWRIGHT, OK -- An 11-year-old girl is found dead Sunday morning at a family member's home. The Oklahoma State Bureau of Investigation is now investigating the death as a homicide. A Sherman man has been arrested.

OSBI Spokesperson, Jessica Brown, says the girl was found around four a.m. at her aunt's house in the three-hundred block of Dogwood Trail. Brown says the victim's name is Dakota Cheyenne Hughes and that she lived next door to the home where she was found in Cartwright.

The death is being investigated as a homicide. Authorities say there are signs of trauma. Brown says 34-year-old Jason Lee Belew of Sherman is facing first-degree murder charges. He is currently in the Grayson County Jail. "The OSBI and the Bryan County Sheriff's Office have a person of interest under investigative detention. We're interviewing that individual to see if we can get a little more information as to what happened and why 11-year-old Dakota Hughes was murdered overnight."

Officials have sent the body to a medical examiner to determine cause of death.