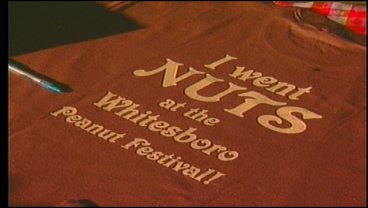 The all day event took place at Goodwin Park and local residents enjoyed free admission and great weather. The festival featured a carnival with 180 booths, five entertainment stages, food and crafts.  And, a classic car show. "I never been here before so right now I'm having a lot of fun, it's awesome." "I hope I get to go on the Ferris wheel if there is one."

Organizers say the peanut festival got it's name from the farmers who would bring their peanuts to town.  Those farmers are credited with building up the downtown area by starting businesses on main street. "Actually it's bigger than we expected we knew we made some changes we knew some of the staff would be a little different, but it has been absolutely wonderful, the people have just supported us tremendously."