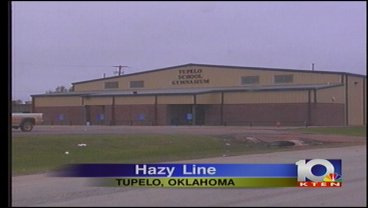 Many say it's something a lot of younger kids experience, upper classman making them embarrass themselves in front of peers by dressing up, performing skits or other more extreme events.   But when does playful fun cross the line?

The serious accusations stemming from the Tupelo incident makes it hard to believe hazing is just all in the name of fun.   Police have not released details on the hazing practices but serious accusations have been noted and the school is still investigating at this time.

So is hazing similar to bullying?  One local clinical director thinks they are not only similar they are practically the same thing stating the only difference is hazing is done in an organized fashion.

Karen Cabaniss, a local Clinical Director says, "A lot of times it results in humiliation and physical violence and it can take a toll on us whether mental or physical for a long time to come.   The events are all stored in our subconscious even if nothing physical is done to us.   Intimidation or humiliation can have long term effects."

Cabaniss also says most kids say hazing is a right of passage, something kids do to earn respect from their peers.   "It's something they do because they feel pressured."