Voters in Ardmore turn down bond 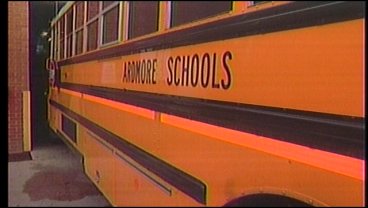 ARDMORE, OK -- Residents in Ardmore voted against bond money to go to schools.

The bond money was going to be used to repair and order new buses, repair old computers in the schools, and to get new playground equipment.

Some residents say they're glad the bond didn't pass and attribute the economy as the main reason.

"Taxing the people will just put a bigger strain on the economy when we're trying to rebuild the economy," said local resident Allicia Cox.

Meanwhile, the superintendent Dr. Ruth Ann Carr says they're disappointed it didn't pass and now they won't be able to repair the items on their agenda.

The district also found out on Tuesday that their state budget will be cut an additional 5-percent. As a result, they say more school programs could get cut and potentially jobs long term.

"At this point that could be mean programs -- cutting programs -- trying too. We will have to look at various positions in the district if the cuts continue.

However, the district says the don't have any plans to revisit this bond issue in the near future because of the money it would cost to put it on the ballot again.