Mom Loses Job Over the Flu 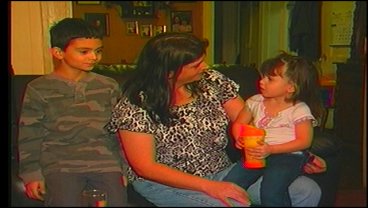 Ada, OK -- A mother of two loses her job for taking too many sick days. Deeda Payton has her story.

Christie Anglin says she did what any good mother would do, she called in to work and stayed home with her kids who were both sick with the flu.

Christie Anglin's son, Joshua came down with the flu at the first of September and she says that's when she took her first sick day. Then her younger daughter, Julie, caught the virus and she took more time off. Then both she and her husband got sick and the sick days kept adding up.

She says she started her job as a Customer Service Representative at IRT, Interactive Response Technologies, in June, and by October seventh she had missed seven days of work. But, she says she didn't know what else to do. "Whenever my children were running a temperature, you can't take your child to daycare when your child is sick. They say whenever you have the flu to stay home, stay out of the public, so that's what I tried to do."

Anglin says IRT did tell her that she was required to work 90-percent of her scheduled work days. We did try to reach IRT for a comment, but our calls were not returned.