Oprah Tapes at the State Fair of Texas 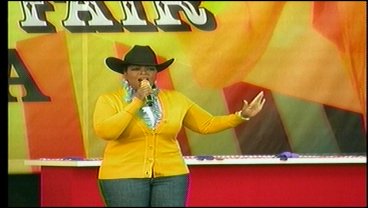 The queen of talk shows tapes a new episode at America's largest state fair. KTEN was there as Oprah took her show on the road, donned cowboy boots and a hat and put on a show. Deeda Payton reports from Dallas.

Thousands showed up for the taping that millions will watch when it airs later this fall. Martina McBride is the musical guest. And, some of Oprah's friends will appear on the episode.