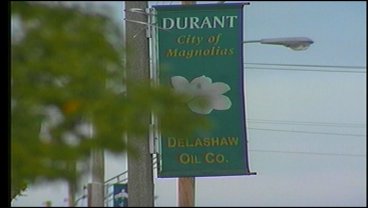 In a time when shops are closed for good, and store fronts remain empty across small town America, many local cities are pushing to re-vamp their downtown's. We've told you about the Denison City Council, moving forward with its mission to spruce up the city.

Officials are in the process of a major overhaul that would rid the area of old, abandoned buildings and bring life back to Main Street.

Now, to a measure of success. In it's 12th year of operation, Durant Main Street has a reason to celebrate. Jhen Kordela is in the studio to explain.

Starting Sunday, city organizers are kicking off Oklahoma Main Street week in Durant. It's a push to draw attention to local businesses, through a series of activities and events.

The city of magnolias is applauding this point in time, as new businesses open up shop with more on the way. Durant started it's downtown revitalization more than a decade ago, and its now celebrating its success.

"We've been in existence for a little over 12 years now," says Donna Dow, program manager for Durant Main Street, "and we have over $2 million in private re-investment in the downtown."

The organization recently received an award worth bragging about -- it's only the second time Oklahoma Main Street has given it out in 20 years of operation.

The group gave Durant Main Street the reward for its four-point approach to the city's commercial district.

"We have over 50,000 volunteer hours -- accumulative, and that's pretty amazing," says Dow. "For instance, the ice rink last year -- we couldn't have done it without our volunteers. There was over 1,650 volunteer hours in just the 31 days of the rink."

The skating rink is one of the many upcoming activities to look forward to again this year.     Durant Main Street is also hosting some events this week, including a chance to learn about some local history and celebrate new businesses that have come to the area.

Here's a look at even more upcoming events: