After long pursuit, police chase comes to an end 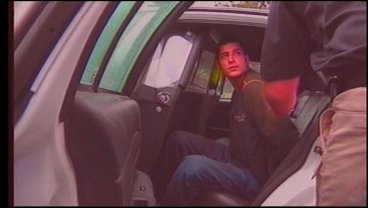 Grayson Co., TX -- After a nearly three hour police chase, 22-year old Clinton Middleton was finally knocked off the road in his pick up truck and arrested by police.

It started in Sherman at the Murphy's Gas Station near Walmart at hwy 75 and hwy 82 around 10 o'clock in the morning.

According to Sherman police, Middleton stopped for gas there, then fled the scene without paying, which then prompted a gas station clerk to go after the man.

Sherman police say they first received the call from the person chasing Middleton in Howe, TX about ten miles south of Murphy's Oil. At this point, Van Alstyne police started the chase where it ended nearly 100 miles south in rural Navarro county, TX.

"We contacted Van Alstyne, Van Alstyne was able to get with the complaintant and get behind the suspect they tried to initiate the traffic stop on the individual and that's when the pursuit started," said Sgt. Bruce Dawsey of the Sherman Police Dept.

However, it wasn't until Middleton almost hit a police officer in Melissa, TX that the pursuit of the chase changed.

"We proceeded the vehicle on down to Melissa. We tried to attempt to spike the vehicle. The suspect swerved and missed his back, but also attempted to hit the Melissa officer. At that time it became a felony pursuit," said Van Alstyne police chief Robert Spindoe.

Police chased Middleton through nearly five counties and they attempted to spike his tires six times. After they were able to spike one of the tires, he drove on the rim until his speeds and police speeds were travelling slow enough they could knock him off the road.

Once they knocked him off the road, he commented and said he was just trying to avoid going to jail because of outstanding warrants from Galveston, TX

"Failure to give information at an accident," Middleton said.

As of now, Middleton is currently being in the Grayson Co. jail.