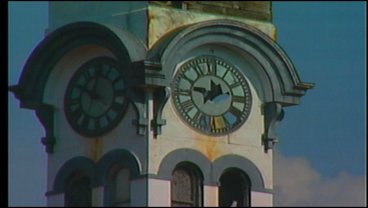 DENISON, TX -- The city of Denison decided to remove the clock tower where the Denison old high school sat.

Some folks around Denison had some mixed reviews about what should be done with the clock tower.

One resident said he thought it the city made the right decision.

Another Denison resident says he thought they should have tried more to restore it.

"I think it's wrong I mean it's a part of Denison history, it was on the old High school and my mom went to high school there, so I think they should find something else to do with it instead of just do away with it," said Shane Graves.

The city says they did keep the mechanisms that kept the tower running and the old clock face plate.

That's being held in storage at the city's maintenance facility.