Kingston Schools To Get Vaccinated for H1N1 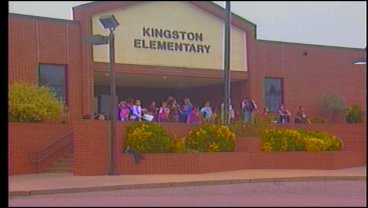 Kingston, ok --600 free doses of the H1N1 vaccine are going to Kingston Schools. That's all of the doses for the five-county region that includes Bryan, Choctaw, McCurtain, Pushmataha and Marshall County. Deeda Payton explains why.

Kingston Schools are experiencing a rise in absentees, up to 20-percent of students are out sick. And, the health departments want to prevent spreading and a possible school closure.

H1N1 vaccines are here. "We have received our first shipment of the H1N1 and it's in the form of flu mists."

But, residents in Bryan, Choctaw, McCurtain, Pushmataha and Marshall County are going to have to wait to get vaccinated because all 600 doses are going to one school system. Kingston is reporting up to a 20-percent absentee rate because of illness. "Theirs has been increasing and that's the reason they're being targeted to try and prevent the further spread of it."

The Marshall County Health Department wants to prevent a school closure. "Everybody has been out with symptoms. I don't know if it's the flu or not, but it's something and I don't want him to get it."

Thursday, they are sending six nurses to administer the flu mist vaccines to 1200 students. But, the school is leaving it up to the parents to decide whether their child will receive it. "I just don't think it's safe and I don't her to be the guinea pig to test and I'm saying no." "He's gona have it."

Officials say they expect to get another shipment of H1N1 vaccines next week. Officials say local schools will continue to report their absentees to help them decide who the next group will be to get the vaccines.

Flu mists are only for those ages 2 to 49, and children nine and under may need two doses.