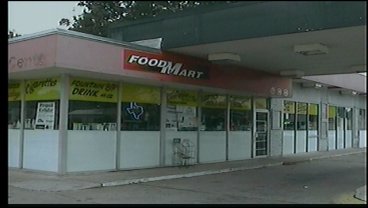 DENISON, TX -- Denison police have arrested a suspect in a series of robberies.

There were three convenience store robberies this afternoon within an hour of each other.
First, the male suspect stopped at the Texaco convenience store off of Armstrong and Morgan street.
He then made his way up the street to Lo Joe's at Crawford and Armstrong.

Last, the suspect robbed the Sunshine convenience store, where he fled the scene.
Police took the suspect into custody at 4 P.M.

The name of the suspect will not be known until he's arraigned, which is expected for tomorrow morning at the Grayson County Jail.