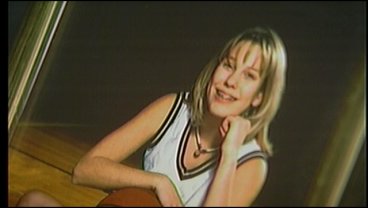 A mother's plea - one Texoma woman is urging parents and kids to get their flu shots this fall after the flu killed her daughter Beverly in 2003. Katy Blakey has one family's story.

Beverly Taylor was a bright and healthy Denison teenager. In the fall of 2003 she was a student at Denison High. She was a devoted daughter, a loving sister and a determined young woman.

"Outgoing. You name it, she did it," said Shawnda McGinnis. "Healthy. Nothing wrong, no problems with her heart, nothing. So she was fine."

Beverly's mom says her daughter had never had any major medical problems. Her favorite sport was basketball and she spent hours a day practicing the game she loved. She ran every morning and did strength training in the afternoon - hoping she would make the Lady Jacket's Varsity basketball team her senior year. But that opportunity never came. A day after Thanksgiving of that year, Beverly came down with the flu.

In a phone call with her mom she told her how she was feeling achy, but she wanted to rest up for an upcoming game.

"[I told her] get some rest and we'll talk later and everything," said McGinnis. "She said 'Ok, I love you' and I said 'I love you too.' And that was the last time I talked to her. I feel privileged to have those last few words with her because not many parents that lose their children get to hear those last words 'I love you.'"

Beverly ended up playing in that basketball game, but a few hours later her body gave out. She was rushed to a local hospital, then later to Dallas. But by then, there was nothing doctors could do. Her mom says Beverly's death has obviously been tough on their entire family. Not a day goes by that she doesn't think about her daughter, and especially with the recent outbreak of the H1N1 virus.

Beverly's younger sister also says school can be tough. Many kids don't believe you can die from the flu and often don't take the warnings from their parents and educators seriously.

Her mother says it is a issue that should be taken seriously. Parents need to talk to their kids about the simple steps they can take to stay healthy. She chose to share her story in the hopes that viewers will go out and get their flu shot this fall.