Keeping track of the flu at local schools 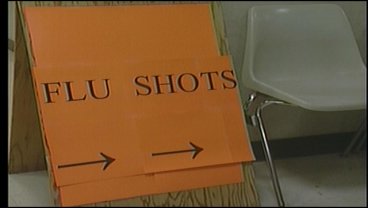 Health departments in Bryan, Pontotoc, and Carter counties in Oklahoma are also following a similar strategy in keeping up with flu numbers.

Meanwhile, when kids are sick and have to stay home from school, it doesn't leave parents a lot of options other than to stay home with their kids too.

Yolanda Meincke is a mother of three, and last week all three of her children came down with flu like symptoms.

She attends school herself at Texas Women's University in Denton, TX. With her kids out sick it left her no choice, but to stay home with them.

"It was probably a 24 hour type deal and then my middle child Matthew got sick again on Wednesday, so he was out again for another 24 hours, so he missed a day of school," Meincke said.

When she called the school to let them know her kids would be out sick, the school asked her a series of questions that she had never been asked before.

In the meantime, the health department individual schools may be asking questions on a case by case basis.

"We encourage these other schools to take part, contact us and let us know we're not looking for names all we would like to have is numbers especially these that are reporting influenza like illness," said Amanda Ortez from the Grayson co. health dept.

But Meincke says she didn't mind being asked those questions, and hopes that schools continue to be prepared in case there is a flu outbreak.

"They told me that the health department is requiring us to ask these questions, which I think is a good thing -- they're kind of keeping track of what's going on," Meincke said.