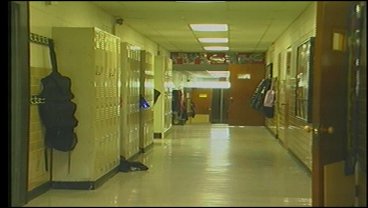 ROFF, OK---Two Roff Elementary students were confirmed to have H1N1 last week. Michelle Gillespie reports that today more than half of the student body at Roff Elementary in Pontotoc County were not at school because they called in sick.
Now, they plan to shut down the entire district for the next three days.
Roff Schools Superintendent Craig McVay says the number of students out with flu-like symptoms began to climb last Friday and yesterday morning, they decided they didn't want to give the virus a reason to spread.

[cg:3051\laura trimmer\roff elementary teacher]
"We met on Monday and figured attendance went from 45 students out on Friday to 140 on Monday, that's a big rise, lots of parents calling"

A significant increase in absences for a school system who normally has a 98 percent attendance rate.

"One of our bus routes this morning, 14 out of 42 students--only 14 rode the bus today," says Laura Trimmer, a Roff Elementary School teacher.

And with more than half of the elementary student body home sick, classes were pretty bare today.

"We combined our kindergarten and first grade classes for this computer class because a lot were gone," says Trimmer.

And now all Roff students have the next five days off to rest and stay healthy.

"One of the things we know is that the incubation period for this type of flu is one to five days so that gives us a five day period," says McVay.

But it was back to the books today for one student who braved the flu storm this week because he was out sick with the H1N1 virus last week.

"I pulled a muscle, I coughed so much," says nine-year old Connor Priest.

And Priest is still in recovery.

But for the young 4th grader, staying in bed for four straight days and forcing down Tamiflu wasn't the worst part:

"I had to do homework on a Saturday! To a kid, that's terrible," says Priest.

McVay says they didn't close school immediately yesterday because they wanted to allow parents the time to make arrangements for babysitters and to take time off work so that students were not at home alone.