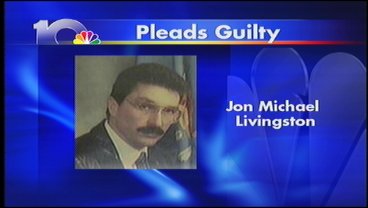 BRYAN CO, OKLAHOMA -- A former Bryan County Sheriff is headed to prison.
Jon Michael Livingston will serve one year in prison.
That will be followed by nine years probation on charges of sexual battery.
Jon Michael Livingston was charged with three counts of sexual battery after women at a massage parlor he owned in Durant claimed he touched them inappropriately.
Instead of going to trial, today he reached a plea deal with prosecutors.
Livingston must also register as a sex offender for the rest of his life.
Livingston was Bryan County Sheriff from 1986 to 1987.