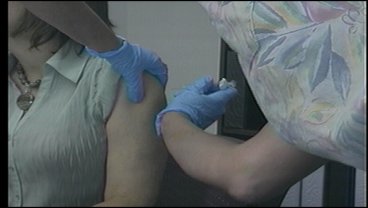 GRAYSON CO., TX -- New criteria for getting tested for H1N1 if someone is experiencing flu-like symptoms.

Local health officials are asking that only certain individuals who fit into the high risk category should get tested such as pregnant women and children.

The reason, they say, is because so many people were getting the H1N1 test last spring that Texas state officials in Austin were bombarded with tests.

Because of this, it was difficult to meet some of those test results accurately.

As of now, local health officials say they are doing a "swab" or rapid test unless the doctor orders otherwise. When this happens, the medical center's will then send it to Austin for further testing.

"We're doing a rapid flu test and then if the physician request's, we're sending off a culture to determine if it is H1NI versus seasonal flu," said Rebecca Gebhard of Texoma Medical Center in Sherman.

But the results of the rapid test are only about 50 percent accurate.

"If you get a negative it doesn't mean you don't have it. In fact, there's lots of cases where you may get a rapid and then a week later you get a definitive H1N1 and it's positive," said Donna Glenn of Wilson N. Jones medical center in Denison.

Meanwhile, health officials continue to advise all those who fit into the high risk category continue with the preventative measures like getting the H1N1 vaccine.