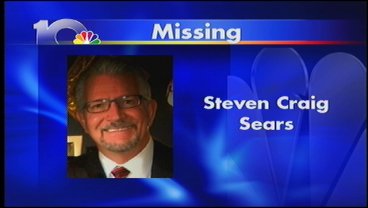 ADA, OK -- A bizarre case out of Ada Saturday. Authorities are searching for a man, they say, just vanished.

Steven Craig Sears, 58, has been missing since Friday morning. His wife told KTEN, Sears took their children to school, while she went to a doctor's appointment. When she came home, his car, keys and wallet, were all at the house but he was gone. The kids were safe at school, but on Saturday - still no word from their father.

Ada Police have searched the family's home and property off Woodland Drive and at this time do not believe any foul play was involved. We're told Mr. Sears does not suffer from any type of medical conditions.

After talking to his family and friends, police say it seemed out of character for him to just leave.

"His entire family is just at the point of collapse because they don't know what's going on. This is not like him," said Ron Blair, a family friend.

"I've been here almost 11 years and I don't believe I've ever seen any thing like this for my 11 years here at the Ada Police Department," said Officer Jeremy O'Brien.

The Ada SWAT team has been searching in that area. Sears was last seen wearing a red, short-sleeved shirt and jeans. Call Ada Police if you have any information.