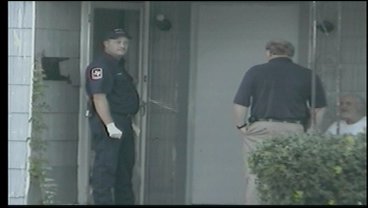 DENISON, TX -- What started as a medical call this afternoon became a criminal investigation as police discovered one dead and another in critical condition.

It happened at Mirick and Crawford St. in Denison where police say they've received calls regarding criminal activity at this residence before.

An elderly man lives at the current residence and police are questioning him at this time.

"We're talking to the person that lives here and garring any information from him. We'll just start there with our investigation," said Denison Police Lt. Mike Eppler

Neighbors in the area appeared somewhat shaken up as many unanswered questions remain in this Denison neighborhood.