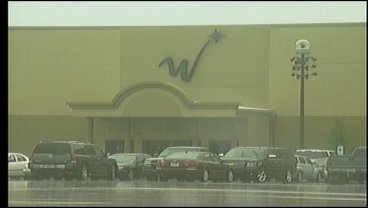 In Durant, the Choctaw casino is adding nearly 1,000 new jobs in the next several week to the Texoma region.

And in Thackerville, the new mega Winstar Resort and Casino has added nearly 3,000 new jobs since they opened last year.

To add to that they just opened their new 400 plus room hotel. Some local businesses in the area say without this casiono, their store wouldn't exist.

"We rely on the local employers we cater to primarily other than that, driver's stopping in on their way out of the casino," said Red River Cafe owner, Gabrielle Hull.

Meanwhile, the hotel sector has put a small damper on the local Best Western during the weekdays.

"We were used to averaging between 20 to 25 or even 30 rooms per night, but now that's dropped down to like about 10 to 20," said Best Western manager, Ray Patel.

Even still, Patel says the Winstar has brought in customer's during the weekend especially when concerts come to town.

"When they bring in good concerts, like Journey when they brough Journey in, it filled up Thackerville, Gainesville and beyond Gainesville," Patel said.

Both the Red River Cafe and Best Western say overall the casino seems to have a positive economic impact in the tiny town of Thackerville, and hopes that more people will pay visit in the future.

"The casino is undergoing expansion and I would say that's helped the local businesses restaurants and other people in the area, " Hull said.

"If you really look at, what else is there in Thackerville? I mean why are people gonna come to Thackerville? There's really one thing here, and it's the casino," Patel said.