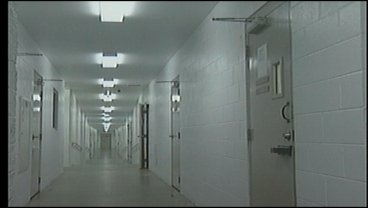 GRAYSON COUNTY, TX---Now that the private ownership option and the bond issue are off the table, the county may very well lose their 49 bed variance which would cost the county and your tax dollars. Michelle Gillespie reports.
So, how much money has the county spent over the years since the first study done on the issue?
It's tough to say exactly how much has been spent on the Grayson County Jail issue, as their are many variables to consider over the past decade, but the ballpark figure is enough to raise eyebrows. The most expensive--two major in-depth studies on the jail.

"The Texas Commission likes to say we're the most studied county in the state of Texas when it comes to jails," says Grayson County Judge Drue Bynum.

"Over that period of time, we've got a ballpark figure of $316,000 and we've had two different studies done," says Grayson County Purchasing Agent Jeff Schneider.

One of those studies was done by the Pulitizer-Bogard Group over a three year period.
The other by Wiginton, the same group who's recently been contracted again to re-examine their 2002 study and re-visit the option of renovating and rebuilding the current downtown jail.
Schneider says that specific breakdown details how much the county has spent soley on jail studies.
There are other costs associated with the jail including hours of attorney's fees to look at contracts including the former one with Southwest Correctional and the possible purchase of the 90 plus acres, for what was to be the new jail site, off of Graystone Drive in Northeast Sherman--that could drive the total money spent on the jail issue in the past eight to nine years up to nearly half a million dollars.

Not only that, but Schneider says it's difficult to calculate the amount of money the county could have saved in maintenance fees, if they had updated and fixed the current jail years ago.
As for where to go from here? Now that the county is back to square one on the issue, Judge Drue Bynum says it's up to the county commissioners to sort the possibilities out at next Monday's Commissioner's meeting.
Michelle Gillespie, KTEN News.