Foreclosures still up but numbers declining 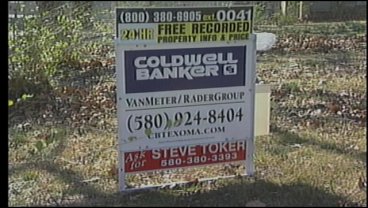 But even though the numbers are high, local realtor Dean Gilbert says the numbers are not as bad as they seem.  Texas foreclosures average around 1.5% which is half the national average currently at 2.8%.  Gilbert says Texas has been able to maintain a lower foreclosure rate compared to the rest of the country due to property values in the area maintaining a reasonable price.   In Southern Oklahoma, the current foreclosure rates have been steady, averaging around 10 foreclosures a month.   They say the low number is due to homeowners dropping the price until the home sells.