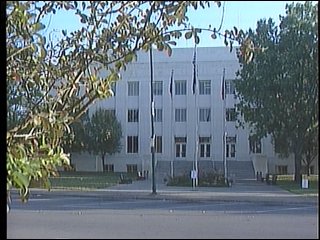 GRAYSON CO., TX - There will be no bond election regarding the future of the Grayson County jail on the November ballot, according to Judge Drue Bynum. This news comes after CLEAT, the largest police association in the state, announced they plan to file a lawsuit against the county.

CLEAT claims the Grayson County Commissioners Court violated the Open Meetings Act. Agendas are suppose to be posted 72 hours prior to the meeting date. CLEAT says the agenda for the August 31st commissioners' meeting was posted one minute late, which voids any action taken during that meeting.

The August 31st meeting was big one - that's where commissioners voted to pursue a $34 million general obligation bond regarding the jail in November.

CLEAT had strong words for county leaders regarding the violation. In a statement released Thursday, CLEAT's Director of Public Affairs, Charley Wilkison said, "It appears that in this mad rush to build a huge private jail that the judge and the commissioners were more interested in creating a quick, no-huddle squeeze play against the voters than they were in following the law."

County Judge Drue Bynum says that was not the case, telling KTEN, to his knowledge the electronic copy on the county's website was posted prior to 10am the Friday before. But, he says, he can't find proof of that so he has to accept that the meeting may have violated the Open Meetings Act, which means, the county can not hold it's bond election in November.

"The law is quite clear on good faith and I think when you're posting something to an agenda in 72 hours you do it in good faith," said Bynum. "I think we did it in good faith. Unfortunately, it is a technicality. The law is the law and we're going to follow the law. I'm very disappointed and I think at the end of the day the citizens of Grayson County will suffer as a result of this."

The judge says to his knowledge the county will not have an election over the jail on November 3rd.