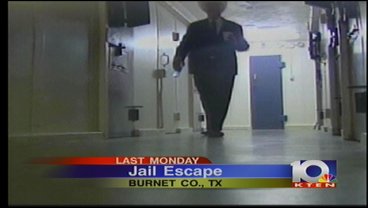 TEXAS - A company with potential ties to Texoma is facing tough scrutiny by state officials.

We told you earlier this week that an inmate escaped from the privately-run Burnet County jail in the Hill Country. The jail is run by Southwestern Correctional, the company interested in building a jail in Grayson County.

KTEN has learned the Burnet County jail has been cited by the Texas Commission on Jail Standards. The commission issued a non compliance report for the county jail. The commission said the jail failed to "ensure that each inmate is observed face to face at least every hour by a corrections officer."

The TCJS also says a jailer who worked at the facility has resigned.

The escaped inmate has still not been caught.