Abandoned Building Burns To The Ground 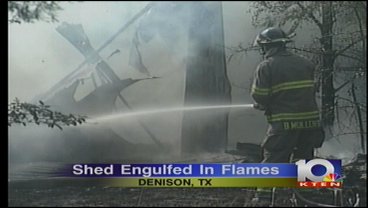 Denison crews responded to a fire near Loy Lake Park and discovered an abandoned building was engulfed in flames. Fire fighters let the building burn and focused on keeping the flames from spreading.

No word on what caused it. The building was unoccupied. The fire marshall is now investigating.