Why Does Grayson County Need A 750 Bed Jail Facility? 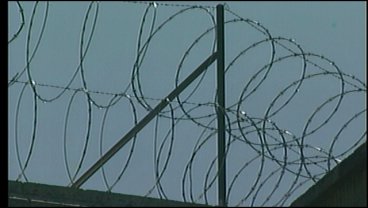 GRAYSON CO., TX - It's a building that's only 25 years old, but it's divided a community on what to do with it. KTEN's Katy Blakey has an in-depth look at the jail debate.

"The jail size has been discussed at nauseam," said Sherman's Mayor Bill Magers.

Most everyone involved agrees the county needs a larger facility. But, just how large when it comes to the future growth in Grayson County?

Seven hundred and fifty beds is the number suggested by the Texas Commission on Jail Standards, or TCJS, as outlined in a report produced by the state agency in May. Officials there said a facility that could hold that many inmates would meet Grayson County's population growth through 2028.

But, that's a sharp contrast from what the jail commission recommended six months earlier in November of 2008, in an almost identical report. In the November report, the state agency said 528 beds was sufficient through the next twenty years. So what lead to the state commission's sudden change in projection numbers?

"The county doesn't need to house 750 people to house it's own inmates now," said Sheriff Keith Gary Monday, when asked about the 750 figure. "As a matter of fact, over the weekend, our highest number was 343, but a private company needs those extra beds to sell those beds. When I say sell them, I mean rent them out to somebody else and make money for the county."

KTEN learned at the end of April 2009, a letter written by a Southwestern Correctional employee arrived at the commission's office, asking the TCJS to revisit the figures. We also learned company representatives, joined by staff within the Sheriff's Office, visited the agency last spring, bringing up new factors to consider.

At least one of those factors made it into the May projection - a "DFW Metro factor." The study accounts for Grayson County being close to one of the fastest growing areas in the nation.

So we asked, did a private company, wanting room for as many inmates as possible to turn a profit, influence the TCJS's math?

The Texas Commission on Jail Standard's Executive Director, Adan Munoz, says no, stating "No private correctional [company] will have an undue influence in this office."

But the director did tell KTEN, Southwestern Correctional originally requested that an 1,100 bed facility be built in Grayson County. Either way, many county leaders say it's the original report that should be used.

Commissioner Gene Short and Mayor Bill Magers think the existing jail can be renovated on a much smaller-scale and at a lower cost.

"I think somewhere around 500 to 550 beds is sufficient for us," said Short. " I think we need to explore all options, but our best option is to explore downtown. I think we can spend far less money to do exactly what we need.

For now the majority of the commissioners court is backing that 750 figure, waiting for the November election, while still pursuing the private option - giving those opposed to the plan little time to pursue other avenues.

"This is a very controversial matter and it is should be," said Magers. "When you build a jail, you need to have all parts of the equation considered."