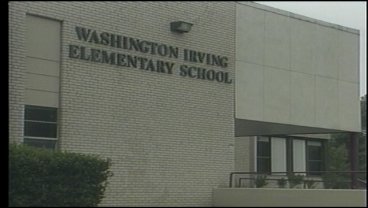 The H1N1 virus, now, closer to home.
A confirmed case of the virus in an elementary school student in the Durant Public School District. Michelle Gillespie reports.
The student has returned to school and is in perfect health, we're told.
And officials are saying it seems to just be an isolated incident.
Durant schools Superintendent Dr. Jason Simeroth is asking parents to take precautions but that there is no need to panic--that this student had a mild case and it's really only an issue when the flu sufferer needs to be hospitalized, which in this case, he or she did not.
He does advise parents that it's better to be safe than sorry and keep your child home if he or she shows any symptoms of the flu.
"If their child is experiencing those or has a fever of 100 degrees--keep them at home and if they have family members that are sick, keep that degree of separation so there's no airborne pathogens that they may recieve," says Dr. Simeroth.

Dr. Simeroth and the Durant School Administration sent out a letter to parents today detailing precautions they can take including handwashing and using sanitizer.
He also says that the school is doing all they can to prevent the spread of the flu.
And parents don't seem to worried.

"Yes, it's always concerning about the flu, but if you take care of yourself, get plenty of rest--use proper techniques and try to stay away from sick people, I don't think it's anything to be worried about anymore than the regular flu," says Arnold Bourne, a parent of a high school student.
Dr. Simeroth wouldn't confirm what school the student attended and didn't provide many other details about the student including where he or she may have contracted the virus but he did want to emphasize that it was a mild case and that there is no need for panic.