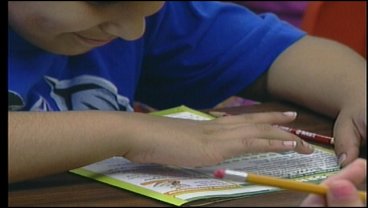 In Grayson Co., some parents reaction is that they're are not happy about this Presidential address.

Some say they would like the President to stay out of their children's school lives.

"I'm pretty upset about it because I don't want them getting involved in that. They're too little to get involved in stuff like that," Greenville Parent Carrie Pendelton said.

Sherman parent, Jay Woodham agrees. "There's only so much school aged children are going to understand to begin with," Woodham said.

"I don't think we can force out kids to view it, so that's the reason we've decided to make it available at a time when students or parent's or anyone can view it," Denison Superintendant, Dr. Henry Scott said.

Sherman ISD adds that parents are welcome to contact the school if they don't want their children to view the address.

"It would be treated as any other concern that parents might have about something happening in the classroom. It would be discussed with that teacher then the principle on that campus," Bootie Terrell of Sherman ISD said.

In addition, Durant, Ada, and Ardmore schools all say they're not forcing students to watch the address in the classroom and will accomodate parent's needs as necessary.

However, the Department of Education says they're encouraging everyone to take advantage of this open discussion.