Hang Your Hat At New Cowboy Church in Madill 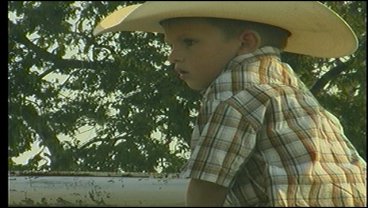 A new trend in worship is taking shape in Madill. It's called a cowboy church.
In Texoma, it seems the need is growing for a spiritual place that you can hang your hat and your spurs. Michelle Gillespie reports.
There are about 24 cowboy churches in Oklahoma right now, dozens more in Texas, and local cowboys in Madill say they're tired of traveling to the closest cowboy church in Ardmore for their Sunday service. Now an organization formed more than three years ago is making sure that those local cowboys have a place to call home--their very own church.

"We figure you enjoy church, not endure it," says George Toma, the coordinator of the Oklahoma Cowboy Church Association.

"First thing, you'll see a lot of hats," jokes Greg Jones, a self-proclaimed cowboy and owner of Jones Feed Store.
"You come anytime you want anyway you want if your late it's okay, there's a lot of people out there who have to cut hay and feed animals, they may come filthy," says Toma.

But you don't have to be a cowboy, anyone can come join in.

"It's for anyone that wants to get out of the box," says Toma.

And out of the box is the idea especially when the services are over because that's when the congregation leaves the church and heads out to the rodeo pen to do some muttin' bustin' and calf roping.

The cowboy church in Ardmore called the Rawhide Church was started a little over a year ago and the Association of Cowboy Churches in Oklahoma say they hope to have the new cowboy church in Madill built within the next year.