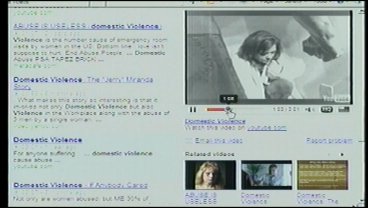 GRAYSON CO., TX -- School has started back and this means more cases of child abuse could be reported in the coming months.

The local CASA Organization in Grayson Co. says the reason more cases are often reported now because children are around more people.

Teachers, school counselors, or even a friend is likely to notice something is wrong.

According to Child Protective Services, nearly 14-percent of all children in Grayson Co. were reported to have encountered child abuse at some point in 2008.

Jana Garner of CASA says the down economy could contribute to increased child abuse because of the stress on families.

"Right now the economy being bad is probably a big stress on a lot of parents not being able to provide for their families. A lot of times we see that come into play when drinking gets worse, doing drugs, and addiction is worse," Garner said.

Once a child abuse is reported to CPS, CASA is then appointed by the court to represent the best interest of a child.

The Crisis Intervention Center of Grayson Co. recommends anyone contacting them when suspected child abuse is taking place.