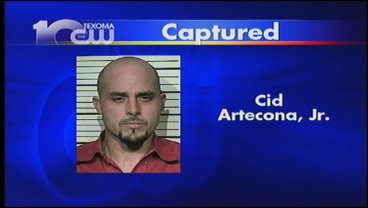 GRAYSON CO., TX - The search for a man convicted of sexually assaulting a child is over.

Cid Artecona, Jr., 41, was caught Saturday by Grayson County investigators near College Station and he's being transported back to the Grayson County jail.

A jury delivered two life sentences to Artecona earlier this week, even though he failed to show up to the majority of his trial. Once he was found guilty, authorities began a massive search stretching across several East Texas counties.

Artecona was found guilty of two first-degree felony counts, stemming from the sexual assault of a 12-year-old girl six years ago in Sadler.