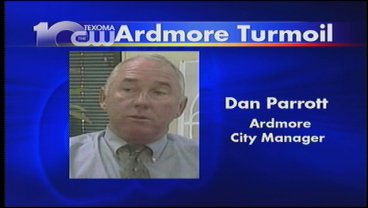 ARDMORE, OK - More conflict in Ardmore Sunday. KTEN reported earlier this week about a group petitioning to remove city manager Dan Parrott from office. Now, a group of residents are petitioning to keep Parrot in place.

KTEN contacted all of those people Sunday, but were only able to reach Vickie Harris who confirmed they were taking signatures for a petition.

The group says they will be collecting signatures, in support of Parrott, Monday at the Fishel Culp office and at Tiger Pharmacy.