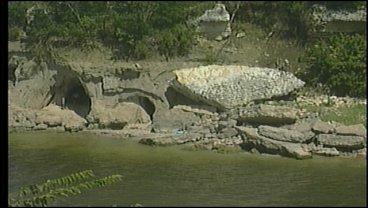 GRAYSON CO., TX - A teenager was rushed to Texoma Medical Center after falling off a cliff at Eisenhower State Park Sunday afternoon.

Witnesses say a boy around age 15 or 16 was climbing on the rocks around the swimming area at the park when he lost his footing and fell to the rocks below. Park Rangers rushed down the bank to find the young man. The boy was able to walk back to the beach area, but witnesses say he suffered a gash to his forehead and had cuts up and down his back and legs.

Paramedics did not believe he suffered any life-threatening injuries and he was taken by ambulance to Texoma Medical Center.