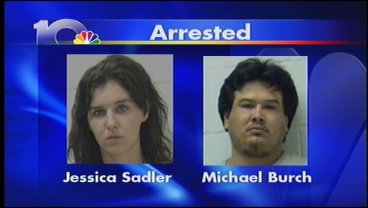 A former law-enforcement officer from Bennington is now facing charges -- on the other side of the law.

Michael Shane Burch served as a Bennington police officer in the late 90s. Now, 34-year-old Burch is in jail on suspicion of manufacturing meth.

He was arrested after officials say they found items used to make meth inside a diaper bag.