Traffic Advisory For I-35 Near Gainesville - KTEN.com - Texoma news, weather and sports

Traffic Advisory For I-35 Near Gainesville 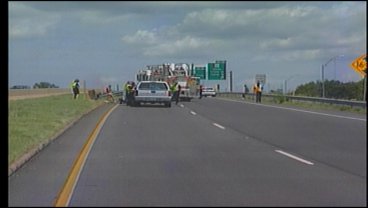 Good news for drivers who commute in what's come to be known as a dangerous area near Gainesville, TX.

According to the Texas Department of Transportation, I-35 bridge maintenance work is complete south of Gainesville.

The interstate was reduced to one lane for the last three months for a maintenance project on the bridge. Now, both northbound lanes of I-35 at the Trinity River Elm Fork bridge are back open to traffic.

Currently, there is a wrongful death lawsuit in the works, citing one of two deadly accidents on I-35.

On July 5th, a semi slammed into an SUV as it entered the construction zone and caused a chain reaction wreck that left two people dead.

Just weeks later, three people were killed on the same stretch of road in a similar accident.