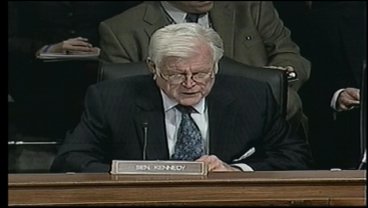 Known as the "Lion of the Senate," many viewed him as a strong force in the Democratic party.

Whether Republican or Democrat, community members had a few words to say about the late senator.

"That was an interesting family... the last of some great people," one Denison resident said.

Another expressed their concerns as to whether remaining in the senate seat for so long is necessary.

"It's a sad deal, been in there a long time and I think they ought to have time limits for how long they're in there to begin with."

And another expressed gratitude, even though they didn't agree with Kennedy's views.

"I feel indebted to his long public service to America. I think it's been a life long tenure to do that, but he's a little radical for my views."

Senator Kennedy passed away late Tuesday evening to brain cancer. He had been in the senate seat for over 40 years.