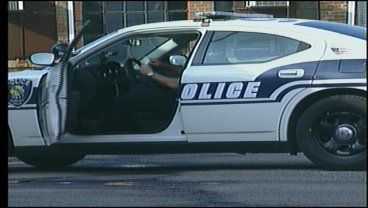 We begin talking public safety and a big chunk of money to put more officers on the street in Durant.
Michelle Gillespie reports that $33,000 dollars is headed to the Durant Police Department from the federal government.
The money will be used to pay for new equipment as well as overtime for existing officers but the overall goal: to cut down on crime and make Durant a safer city to live in, something many residents are happy about.

"Hopefully it will cut the crime rate, drug offenses, DUI offenses, cut down on trafficking on Highway 75," says Lt. Carrie Wyrick of the Durant Police Department. That's the goal and the reason Lt. Wyrick, on behalf of the Durant Police Department, applied for money in the first place. "We try to be proactive from time to time and not always is it in the budget to pay the officers for the extra time so this is a great boost to the department," says Lt. Wyrick.

"We need all the protection we can get especially having a main street business, I worry about my business all the time and the security around here," says Bart Granger, owner of a family portrait photography business.
"My ex-husband has a lot of trouble with people breaking into his house constantly so having more police officers will definitely help that," says Michelle Lee Wingard, a single mother who lives Durant.

$20,000 dollars of the grant money will be spent to emphasize DUI enforcements, conduct more warrant sweeps on those with oustanding warrants and on sending more officers, more often, to high-crime areas.

"We've had trouble down the street with people with drugs and they've really cracked down on that and cleaned up quite a bit and they do patrol in our neighborhood a lot because of that reason," says Wingard.
"I think there's a drug problem in Oklahoma and I think the more officers out on the street the better," says Crystal Thompson, a Durant resident.

The rest of the money, $13,000 will be spent on equipment: things like handheld radios, scanners, spike strips and flares--equipment police need to protect the streets.

"I own a daycare center here on South Ninth and a few years ago it was broken into overnight and Durant Police came out quickly and were great, they actually sat for the next month and did reports on my driveway," says Thompson.

The grant money is meant to be dispersed in increments throughout the next 4 years but Lt. Wyrick says she expects the money to run out within the next 18 months or so and at that point, she'll reapply for more grant money for the department.