Remains Of What's Believed To Be Cheyenne Wolf Back In Oklahoma - KTEN.com - Texoma news, weather and sports

Remains Of What's Believed To Be Cheyenne Wolf Back In Oklahoma 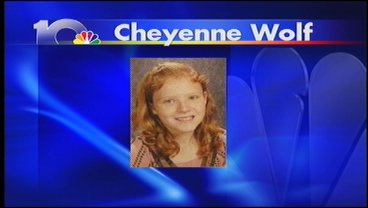 New developments on a Bryan County criminal investigation. The remains of what is believed to be 11-year-old Cheyenne Wolf are now back in Oklahoma.

They were sent to Oklahoma City from Portland, Oregon for a second, independent autopsy. The results from the first autopsy are still pending. But, according to Jessica Brown with the OSBI, there's no reason to believe it's anyone else's body.

Officials just need confirmation and a local expert to make the call for prosecution purposes.     From here, the medical examiner's office will send bone samples to the University of North Texas in Denton for DNA testing.

In the meantime, state agents are still active in their investigation, interviewing family, friends and neighbors. They're trying to gather information on Cheyenne's father and step-mother, who are accused of digging up her remains and taking them across country.

Thirty-five-year-old Abel Wolf, and 40-year-old Denise Wolf have pleaded not guilty and are currently in the Bryan County Jail, held on a $500,000 bond.